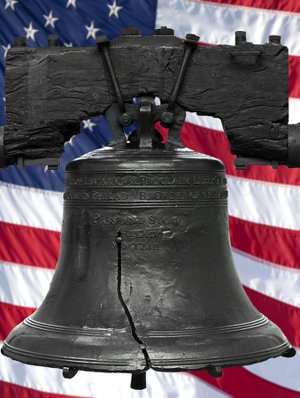 Patriotism is strong on Melbourne real estate at the Liberty Bell Memorial Museum. With an emphasis on promoting the “traditions and principles upon which the founding fathers established the great nation”, the museum holds remembrances significant to the history of the United States. Set up chronologically, guests can get a feel for the evolution of the nation. A main gallery, The Rotunda of American History, sets the stage for enlightenment with official documents and memorabilia. Proudly displayed in the exhibit hall is a replica of the actual Liberty Bell. Weighing over a ton, this re-creation was in fact cast by the same company who crafted the original bell in 1751. Another section of the building represents the state of Florida and city of Melbourne. Here visitors from Melbourne homes will find information on early education and space exploration. There are also bits of history from pre-revolutionary days and artifacts from the region's oldest forts.

Freedom Hall pays tribute to members of the Armed Forces. Each branch of the military and each major war America has played a part in are honored here. Weaponry, uniforms, medals and historic photographs are waiting to be observed. Space has also been set aside for scout displays and rotating exhibits.

After touring the facility walk about the grounds and enjoy the Melbourne Military Memorial Park. Dedicated to all service men and women, this area contains monuments for each branch of service. In the garden there are benches observing each war effort. Nearby plaques give information on the statistics of individual historical events.